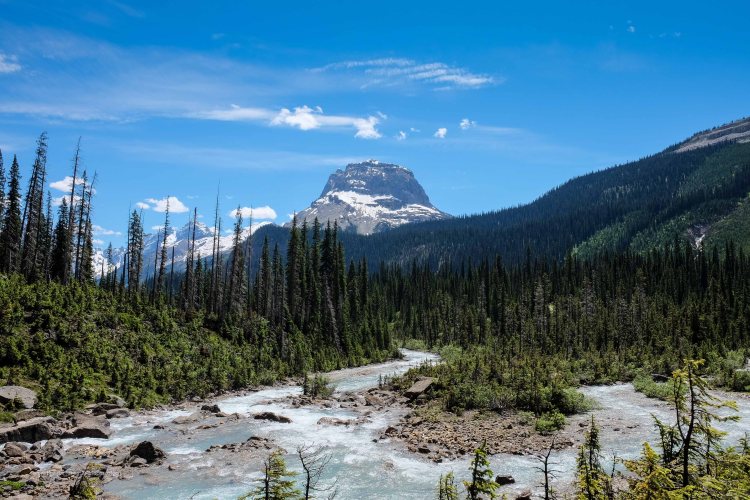 We spent a day in Yoho National Park, which was about an hours drive from Banff. Whilst on the road, we pulled over to look at the Spiral Tunnels in the mountains, which are used by the trains. We also stopped off at the town of Field, because a few blogs and our guide book told us it as not to be missed. I’m going to be honest… Wasn’t overly fussed. I actually thought it would be a useful place to pick up things for a picnic. Turns out Field is a town that has a liquor store, but no convenience store or grocery shop. (Am I the only one who finds that odd!?!). Anyway, because we couldn’t source picnic supplies, we stopped for lunch at the Truffle Pig Bistro. We had the butternut soup, which was actually delish. It just wasn’t the picnic we were hoping for. From Field we headed to the Natural Bridge, which you can view from a very unnatural bridge!

Our next stop was Emerald Lake. From various Instagram scrolls I was really excited about Emerald Lake. It was a beautiful rich green, dotted with little orange canoes. We started doing the lake trail bout turned back because we were I was (obviously I taste better) being eaten alive by mosquitos. Less unwelcome buggy buddies were the endless butterflies fluttering around, sometimes landing on your hand and posing for a photo. 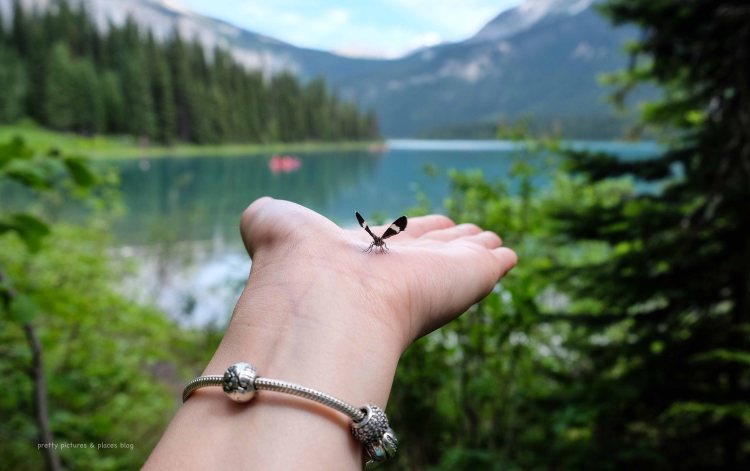 Our final, and favourite, stop in Yoho was Takakkaw Falls. This was the most spectacular waterfall of the trip, and is one of the highest in Canada.

More posts from our Canadian Roadtrip…