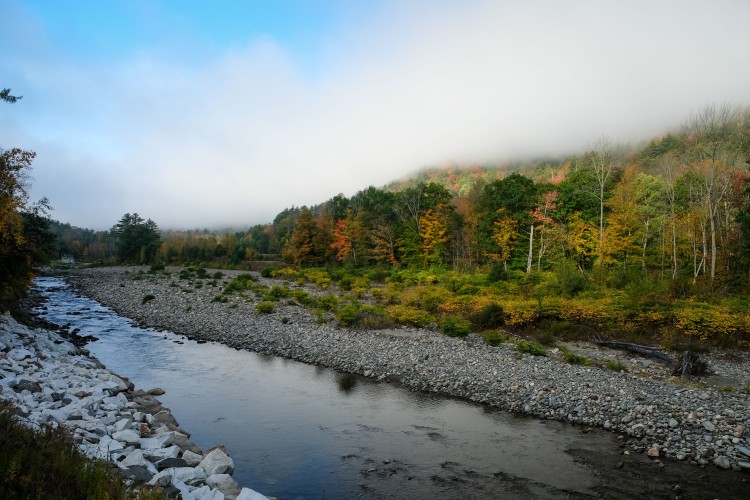 I’ve always wanted to experience the New England fall. Autumn is my favourite season at home, and the Americans just do it much, much better. So, after a short, but sweet, stay in New York City, we hopped on a Greyhound bus to Boston to collect our car. By the way, I would THOROUGHLY recommend the Greyhound bus services. We thought about taking the AmTrack, but not all trains let you bring luggage. The bus was also much cheaper – $14 dollars each. We drove for around 2 and a half hours from Boston to our hotel in Killington, Vermont, watching the leaves get more and more red along the way. We stayed at the Trailside Inn, where the Innkeeper Josh was super friendly and helpful! The Inn was our base for most of our roadtrip around New England, but we did spend one night at the Cheney House B&B in Ashland, New Hampshire. Bobbi and Anthony were the most adorable people on the planet – they made us feel so welcome and gave us a cute little fridge magnet to remember them by. *heart explodes*. 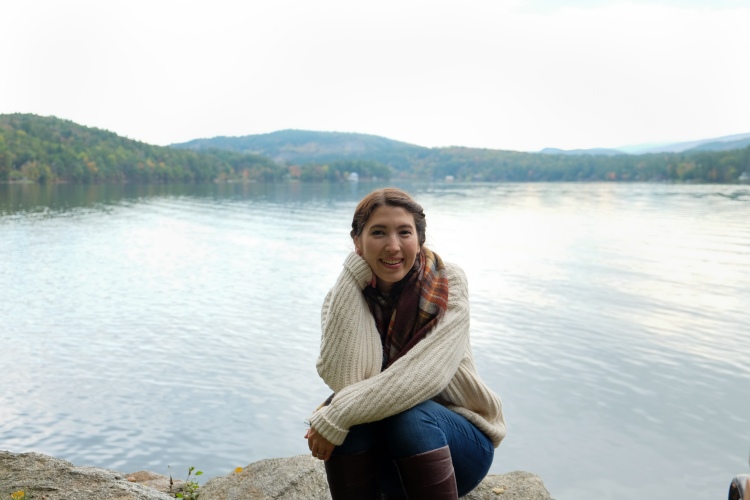 On our first day in Vermont, we drove North to explore Shelburne and Stowe. We decided to take a slightly longer route through the green mountains – some of the most beautiful views from our trip were from the road (and impossible to photograph… grrr). New England is dotted with orchards, and I had read wonderful blog posts about Shelburne and just knew I had to go there. I have to say, the orchard was one of my favourite stops on our trip. When we arrived we saw their little shop – where you could pick up fresh apples (if you didn’t want to pick your own!), maple syrup and lots of other goodies. We grabbed a big cup of hot apple cider (it isn’t alcoholic in the States… it’s like mulled apple juice) and a bag of apple cider donuts. We tried apple cider donuts from a couple of different places in New England (don’t judge me, okay?), and these were my faves! They were kindof cakey, so diehard donut-iers might not approve, but I like cake… so…. it was fine by me! We took our cider and sweet treats and went into the orchard – there is the most adorable creaky door you walk through to get there! There are rows and rows of apple trees, the perfect setting for eating our apple based delights! 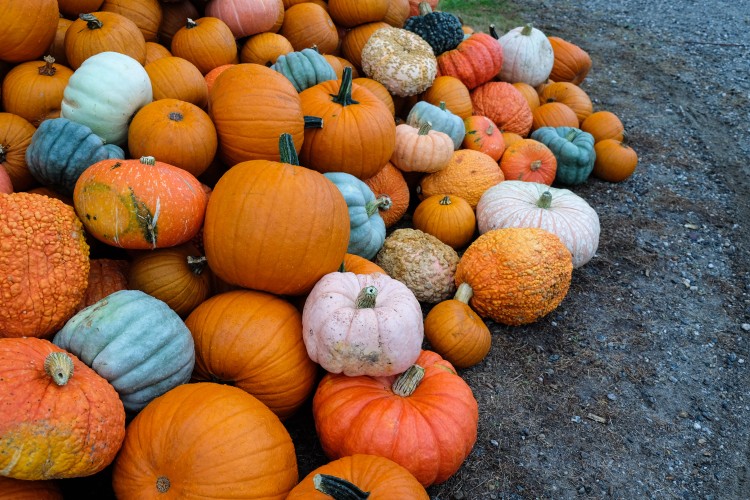 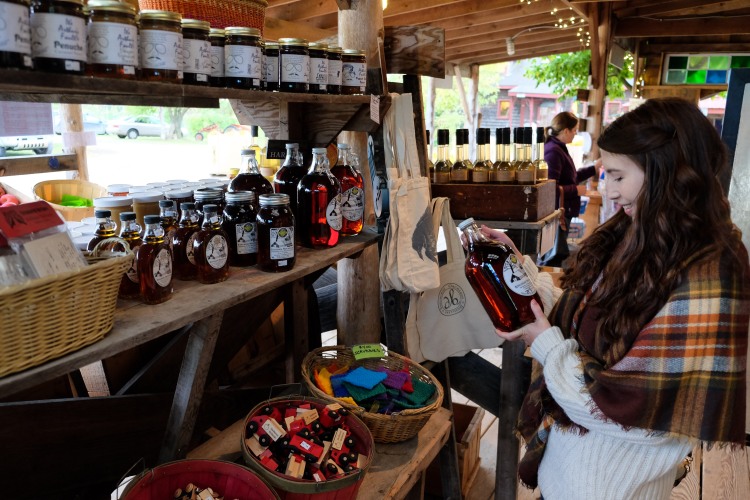 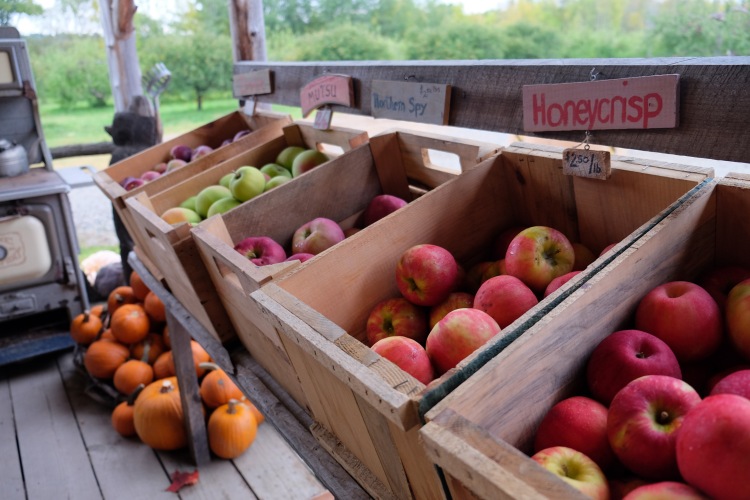 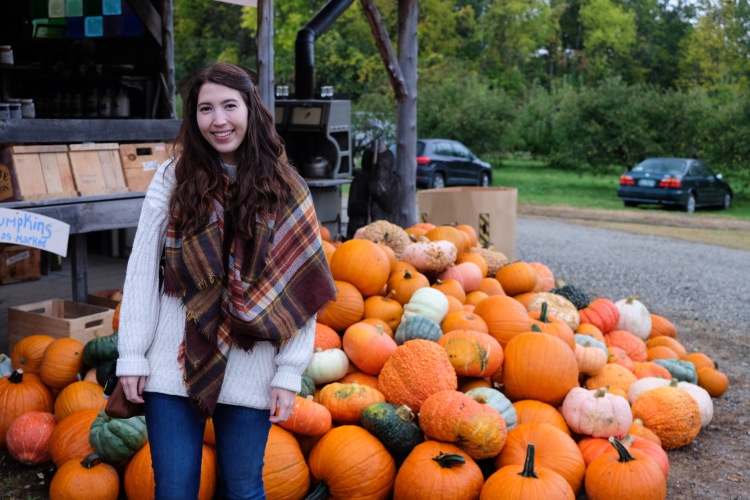 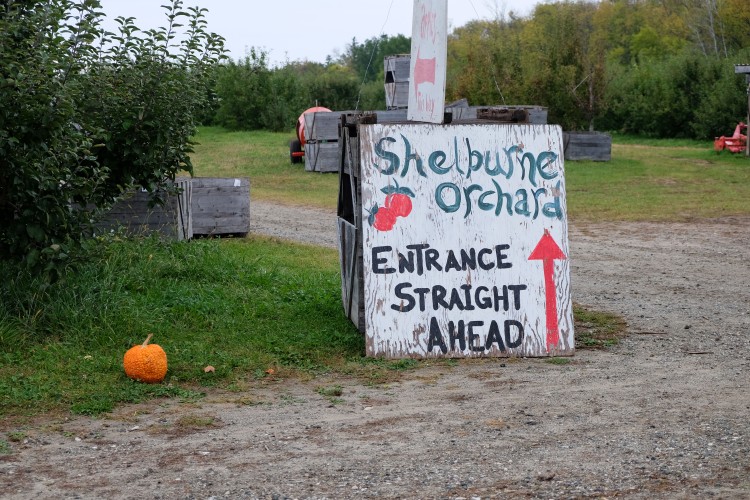 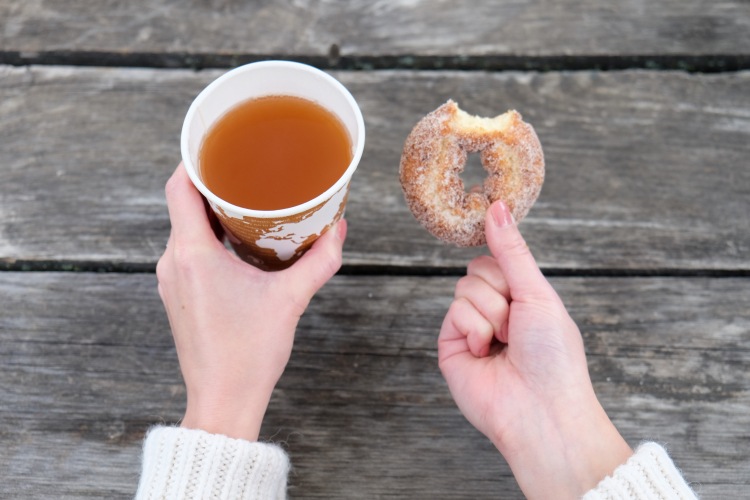 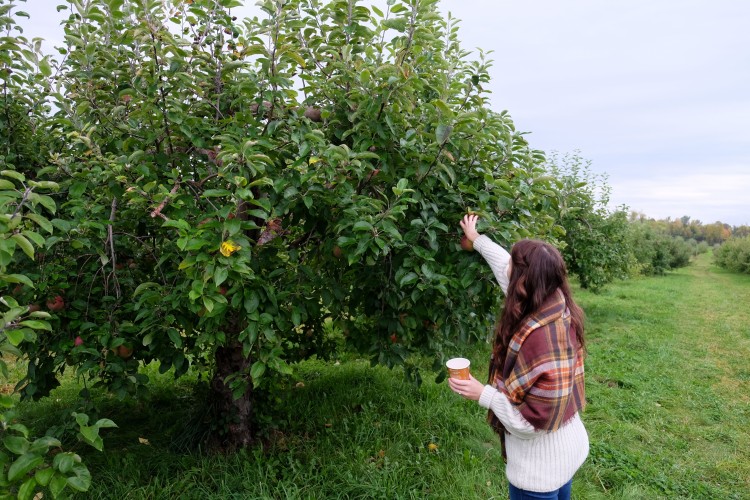 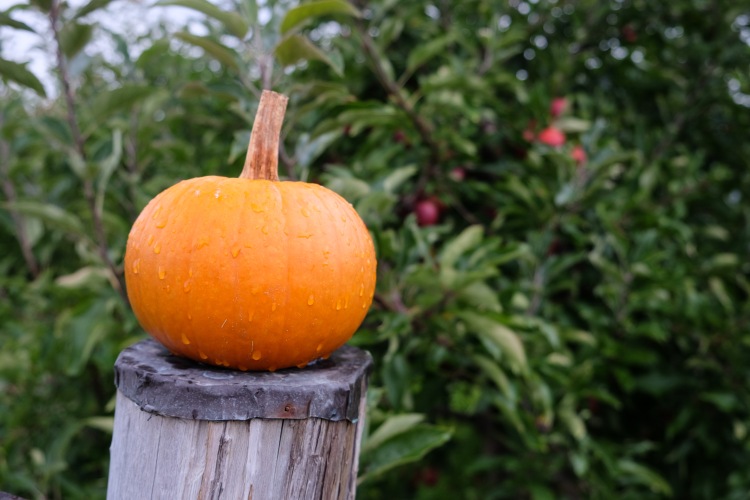 After wandering through the Orchards, we drove an hour to Stowe. I’ll be honest. We actually drove right through Stowe and did not realise we were there. Everything is so spread out in the States!! We stopped at the restaurant Doc Ponds for lunch, and it was AH-MAZING. We had buffalo wings, baked mac and cheese, and their honey roasted carrots. Oh my gosh it was divine. While in Stowe we checked out the Von Trappe family lodge and the Alchemist brewery, who (to Aleds delight) were giving out small samples of their world-renowned beer. We may have technically just submitted our PhD theses *fist-pump*, but we’re still students, and took advantages of the MANY free samples that were available to us. Having not been overly fussed with Stowe, we headed North to Smugglers Notch, a cave used to secretly trade with Canada in the 1800s following an embargo. We actually walked past the cave without noticing, haha! More of a crevice if you ask me…. What WAS cool, was the rock formation down the road known as ‘the man and his dog’… can you see it? 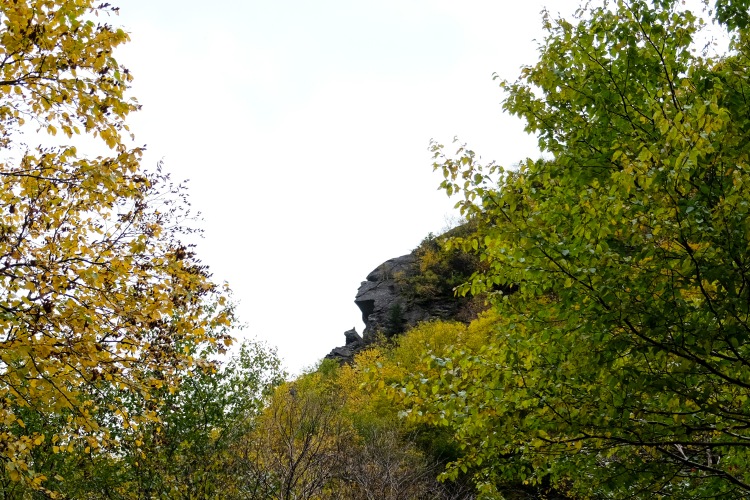 After Smuggler’s Notch we made our way home along the beautiful winding roads of Vermont, excited about what else New England had to offer us during our stay ❤ 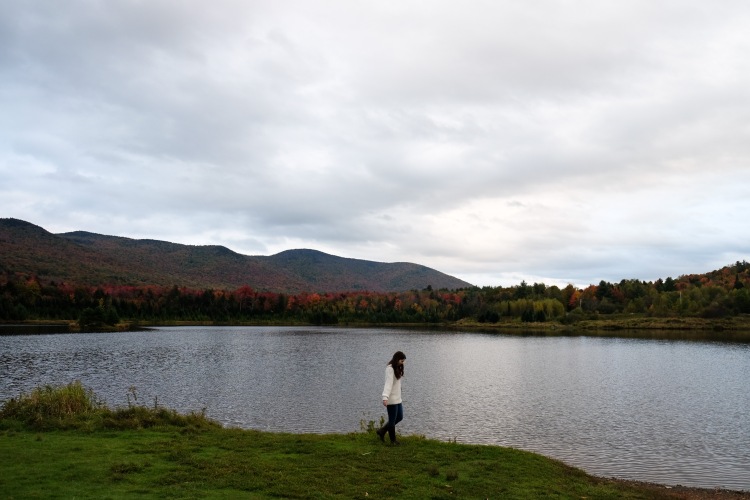 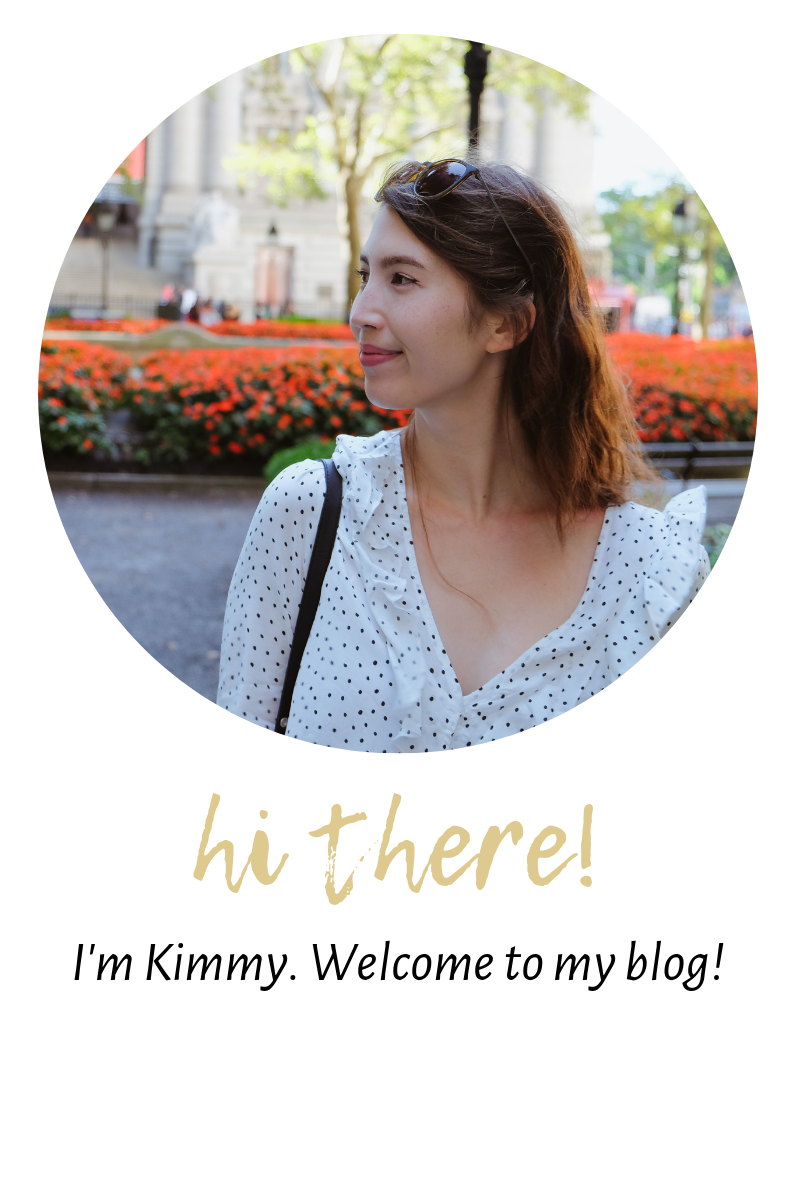 Today's #huntingformagic prompt is 'self care' ...I mean... If you can't bake yourself a cupcake with two types of sprinkles on at times like these, then when can you ? (Ps... It looks so flat cos it's gluten free...this is my life now lol).
Today's #huntingformagic prompt was 'plant life'. I took my Polaroid camera on our very windy walk today and epically failed to get a snap of the daffodils 😂 swipe to see what it was meant to look like 🙄 oh well ! . . . #instax #instaxmini #polaroid #countrylife #countryliving #thesimplethings
Happy Saturday everyone ! Currently sippin' on a cup of quaran-tea (geddit?!... ). Completely missed yesterday's #huntingformagic challenge prompt 🤦🏻‍♀️. The prompt was 'reflect', and this mug from my lovely godmother-in-law (is that a thing?) makes me reflect and remember all the lovely times at uni 🥰
Today's #HuntingForMagic prompt is 'read, watch and listen'. I'm always saying I want to read more ... It always seems to be the pastime that falls by the wayside but I'm determined to get back on it ! ✨📖
Today's #huntingformagic prompt is 'peace and quiet'. I'll be honest, I've been quite a busy bee today so I've only just got around to thinking about this... But this is a snap I took this morning of my working from home set up. Having a candle burning nearby makes me feel instantly more peaceful 🕯️☺️
I saw @jayerockett insta challenge #huntingformagic and thought it would be a lovely thing to try and do where I can - finding little pockets of happiness during what is otherwise a bit of a stressful time ! Today's prompt was 'Fresh'. I took this snap on our run this evening... Feeling very grateful that we live in the countryside at the moment - we can go for a walk or run and not see anyone ☺️ its also feeling like spring is here which is a nice thing to focus on amidst all the craziness at the moment 🌷